Advice On Passing the Guard 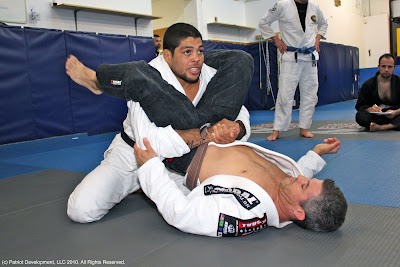 Playing guard and passing the guard seem to make up a huge part of sparring in Jiu-jitsu. If you consider that any time you arent either controlling someone from or escaping from a dominant position , such as mount, back or side position, you are essentially either playing or passing some form of guard.

Passing the guard can definately be difficult task against guys who have good guard reposition skilss but especially against guys who are very skilled in certain types of guard i.e. a great spider guard or butterfly guard.
A friend and training partner and I where chatting about it after class recently and he said he was having a little difficulty passing a certain type of guard against guys who were really proficient at it.

I had faced a similar problem a while back and found especially against guys from purple belt and up who were starting to develope their own personal styles and were becoming incredibly good at a certain guard, I found if they pulled me into it I was battling to pass and the more I fought my way out I played staright into a sweep and wound up on my back.
So I started searching for answers, I started trying to learn as many passes as I could, but then found that it still wasnt the answer as there were so many different types of guards being developed all the time it was very difficult to know one for every type of guard and it's variations, spider, de la riva, reverse de la riva, inverted, butterfly, x-guard...
Not to mention that guys who were good at these types of guard had a huge advantage in that they were investing in a lot of time becoming proficient in ONE aspect of their game while I was trying to split my time up divising an answer to everyones games.

I chatted to my coach Luiz about it and he gave me some great advice which defiantely helped me.
He said, when it comes to passing your opponents best guards, your goal should be to prevent him from putting you there!
If you let him get his grips and and set it his position in too far, youre in for a tough time.
You dont have to solve a problem if you prevent it from materializing.

The best way to prepare for these different games is prevention. He told me when I then asked , 'yes but, what if the guy manages to get a grip here and pulls me into position and does this or that...?' 'well, if you let it get that far, youre in trouble as youre in his game and you deserve to get swept or caught.'

I remember reading an article about Fabio Gurgel training with Rickson Gracie at the time when Marcelo Garcia's X-guard was exploding onto the competition scene and apparently all Rickson asked Fabio about the position was how would he attempt to achieve the x-guard and control it, not about how he felt it should be played or passed.


It is definately important to have techniques to deal with different types of guard, especially those you face frequently but also try to impose your game plan-get where you want to be with control and learn to understand the different aspects of blocking your opponents various games and you will rarely have to deal with it. 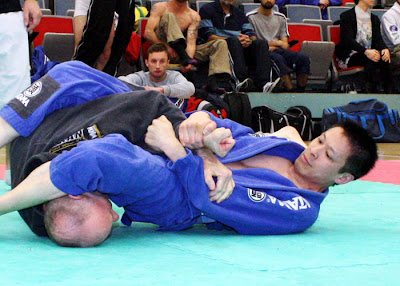 We were visited by Seymour Yang, last night, who was in Bournemouth on holiday. He stopped by to train with us at our Wednesday night Gi class.

A really nice guy with a very good game. It was great to train with and chat with someone who is so passionate about Jiu-jitsu and works really hard and does such a great job promoting the art through his articles and website (http://meerkat69.blogspot.com/). 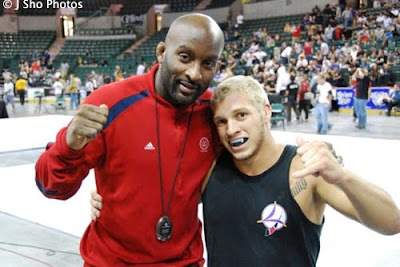 Some interesting points from Lloyd Irvin:

■The higher the level, the more important the mental game becomes.

Lloyd Irvin says in the interview “when it’s all said and done the only thing that matters is the results.”

The most important reminder came in the answer to the question: “If you could only pick one thing that an individual could start today that would improve their Jiu-Jitsu what would it be?”

His answer: drilling. He may mean something specific, but in general, drilling is key and includes:

1.Drilling with perfect technique (which often means slow but steady) against a non-resisting opponent.
2.Positional training against a resisting opponent
3.Flow drills: flowing through positions in order to explore variations and possibilities

You need to get off the computer, hit the mats and start drilling RIGHT NOW. To get a move down pat you need a minimum of 2,500 reps, but if you want to perfect it you must hit 10,000. WHAT ARE YOU WAITING FOR?!

Look, if you truly want to be a master you must realize that repetition is the key that opens an endless amount possibilities—This is not just for grappling, the concept can be applied to any goal you have a burning desire to conquer.
Posted by Micah at 08:42 No comments: 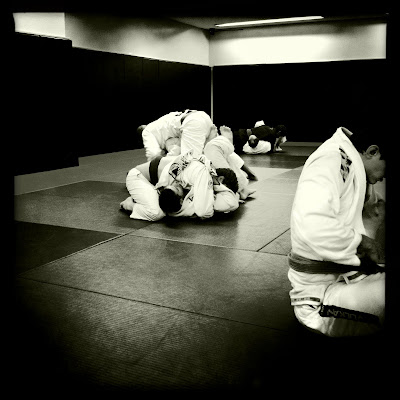 The level of our success is limited only by our imagination.
Aesop
Posted by Micah at 02:59 No comments: 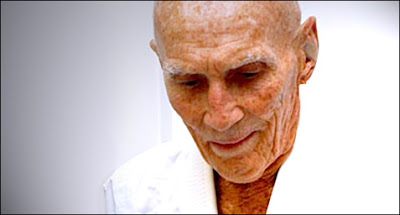 The Jiu-Jitsu that I created was designed to give the weak ones a chance to face the heavy and strong.
The primary objective of Jiu-Jitsu is to protect the indivisual, the older man, the weak, the child, the lady and the young woman from being dominanted and hurt by some bum because they don't have the physical attributes to defend themselves. Like i never had.
- Helio Gracie
Posted by Micah at 08:23 No comments: