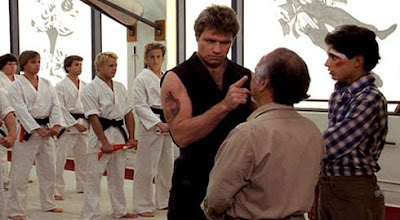 Politics seem to be a big part of Jiu-jitsu (unfortunately). It's odd as well that no matter how hard you try to avoid it, some-how it always rears it's head. Ive been fortunate to train with a lot of great instructors and been exposed to my share of ego and bull-shido politics.
Without this becoming a soap-box moment, what I feel has helped keep me training is TRYING to achieve the following:

Train hard and be ego-free. Guys should be able to come through the gym without worrying about some numbnuts running their mouth on the interweb about who tapped who.

For some reason, the martial arts sometimes tend to breed an atmosphere where people get really weird and almost deify their instructors. They will say, “You’re not doing this technique exactly how so-and-so said to.” It stops being about training, growth, and fun and it becomes an unhealthy cult of personality.

No environment like that can be a healthy one. I admire guys like Roger Gracie, Braulio Estima, Saulo Ribiero, Rafael Lovato,Nicolas Gregoriades, etc. who get out there and compete in front of their students. They have plenty of titles and name recognition to sit on the sidelines if they were so inclined, but that’s not the way they do things.

The big key is to avoid isolating yourself from others who can challenge you. So often, instructors develop the attitude that they have to be infallible or unbeatable in order to maintain the respect of their students (which i think they fear affects their bank account). Not only is that psychologically unhealthy and unrealistic, all it does is kill you in the long run. Everyone around you is developing daily. You may be an instructor for a few hours a day, but you are a student for your whole life. We should try and act like it.

In the end it’s just about the training, with the ultimate goal of enjoying your training and trying to get better every day.
Posted by Micah at 04:49 No comments: 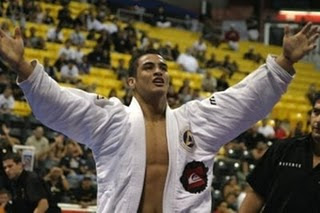 "Pain is temporary. It may last a minute, or an hour, or a day, or a year, but eventually it will subside and something else will take its place. If I quit, however, it lasts forever. That surrender, even the smallest act of giving up, stays with me. So when I feel like quitting, I ask myself, which would I rather live with?"
Lance Armstrong
Posted by Micah at 08:04 No comments: