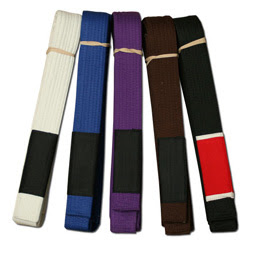 “If you worry about the time and speed of your promotions, you lose yourself. Remember, before you are a blue, purple, or brown belt, you want to feel like one. You must feel that your skills are there. You cannot fool yourself. Attaining a belt is just proof that your teacher is connected with you. You will know when you deserve it. My role as a instructor is to be there and say “Its time.” But you should already realize this on your own. Jiu Jitsu Is not math, and promotion is not based on attendance or calendar dates. A regimented promotion schedule based on dates or attendance is the worst way to gauge development. Jiu Jitsu is more complex than this. There is no sense in chasing a belt and getting it as fast as possible. Often, people do not see that black belt will be their longest belt. Remember, it doesn’t matter if you get it in four years or fifteen. Either way, you will have the rest of your life with a black belt around your waist. Building the belt is what matters. “ 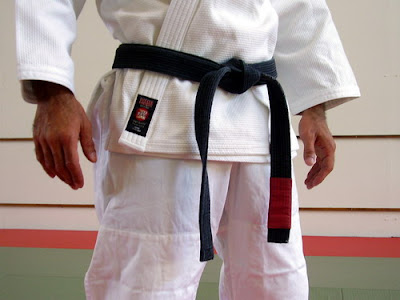 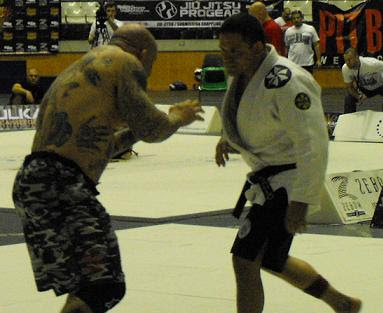 This past Sunday was Phoenix MMA/BJJ's first No Gi Grappling Competition which saw over 130 competitors take part.
It was a really great day and went off incredibly smoothly from an organisational point of view and also with great sportsmanship displayed on the mats.

I was reffing a lot of fights so unfortunately couldnt corner the guys I train with but the matches that I did see (or reffed) just reinforced how proud I am to train with my current team and of all the guys who took part.
Ive often spoken about what I feel Competitions role in Jiu-jitsu is but found a few years ago a great quote from Saulo Ribeiro, one of the greatest BJJ competitors of all time, that puts it really well.
Ive posted this before but recon it's worth reposting.
Micah

Saulo Ribeiro gives a lesson on what competion is.

“It is not necessary for every student of jiu-jitsu to enter into competitions. Some may do jiu-jitsu simply because they enjoy gaining the knowledge. Others perhaps dislike the limelight or just don’t want to compete in this particular sport. I love to do other sports, but I don’t have the desire to compete in those sports. Some people don’t like to compete because they don’t know how to deal with loss. If you win, you’re happy, and if you lose, your world gets turned upside down.

That is a problem. This fear of losing scares some people from competition. Then there are those who live and die by competition, but fail to realize it is just a game. It is a game where you mix knowledge, strategy, timing, health, and attitude. Like any game, the best jiu-jitsu practitioner doesn’t always win. Take the World Championship for example. 30 guys sweat blood in their training, and there is only one winner. What about the 29 who worked so hard? Is the champion really better than all of them? It depends. Sometimes, the person with the best technique gets eliminated in the first round.


If you decide to compete, realize that competition is the art of dealing with pressure. Some people face pressure early in life and others not until much later, but in every case, where there is pressure there is competition. The student who doesn’t compete at the tournament is still competing if the pressure is there. Perhaps he even feels more pressure than the one who does go to tournaments because he fights against himself…competes against his feelings and choices. This is the toughest opponent you can have — yourself.


Ultimately, the opponent you will face in the ring is you, because you cannot compete successfully if you do not address internal issues that will affect your performance. When competing, you will not even be able to think about overcoming your opponent if you are too worried about yourself. However, if you are comfortable with your preparation, you will have the confidence to perform. Becoming the champion is not about your opponent. It’s about you.
Posted by Micah at 01:42 1 comment: