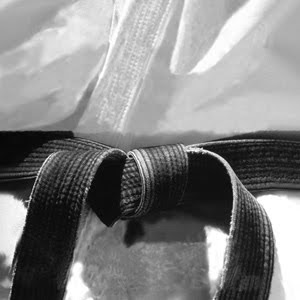 Ive been reading BJ Penn's book "The Belt is Just an Accessory" and was reading his background in Jiu-jitsu and accomplishments and came to the section on how long it took him to get his black belt, even thogh I already knew the answer part of me was still kind of expecting to hear something different, especially in light of the fact it's taken me almost 14 arduous years.
I knew it was about 4 years but was hoping he'd now confess and go, "well it was actually 6 years" or something like that. My ego could have accepted that. Of course he's good and everything, but it still takes most people around 10 years to get their black belt, and no one should do it faster!
But there it was "A little over three-and-half years." I wasnt ready to read that, 4 years felt a bit cheeky but 3.5!!!
So mentally I started to argue, it's not possible and coming up with reasons for him getting it so quick.
However, Ive seen and then after reading that rewatched him winning the 2000 Worlds beating some really excellent Black Belts along the way-but 3.5 years compared to my 14!
I tried hard to rationalise it but that number kept bugging me.
Id worked hard and made a lot of sacrafices, dedicating a huge part of my life to jiu-jitsu... 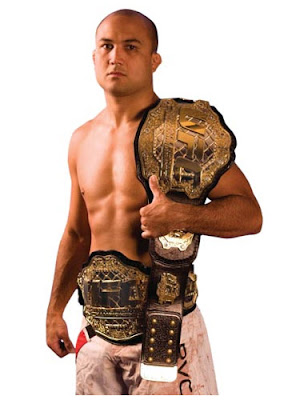 But, the more I thought about it, the more I remembered that it didnt seem like work during those 14 years. The amount of enjoyment I had training just cant be measured in years-Ive had a lifetime of enjoyment on my journey to black belt.

I thought about the progress and the suffering, the sweeps and submissions (often felt like just me tapping all the time). I thought about all the trips that I took, from Rio to London to Sunderland, back home again to Durban and back to the Uk.

The friends Ive made, Ivan and I rolling in the back yard, training with Stix at the scout hall and in his garage, Abdul (one of the most naturally talented people Ive ever known), Chris, Ketha and I beating each other up at Westville Health and Raquet, Deano and I sweating buckets at Berea gym on crappy little aerobics mats, rolling with Dr.(let me just show you this move quick)Armbruster in his driveway on his chip foam mats, the paper thin mats at Shuriken back in Brickfield Rd, Aaron and Trev training at Spartan on cold snowy days and running around the front of his shop when we had no-where to train, back to Shuriken to meet my second family and the best training partners Ive ever known Darell and Big Lenin, the Gym at Game City where our class began to really grow-Andre-my toes are like this because of karate, Ross-chicks dig it (apparently), Johno Spradbury, Clint-'Ill fight any car guard you put in front of me', Quint-one of the best people I know, Ryan and buddy,my brothers Cass, Ebie and Salim Badat, big P, Ash 'I like Candy' then too my garage with Heavy D (Damon), Imraan, York, Bad Boy Bronson and Russle Gracie, Padawan Dave Hellestoe joined our family, X-Fit at Greyville where we had more space for a while than we knew what to do with...

The more I thought about it the more I realised that the journey has been way more rewarding than a mere belt ever could be, and I wouldnt trade the last 14 years of blood, sweat and tears for anything.

Then I started to feel sorry for poor BJ and feel bad about what he missed out on by being so good :-)
Seriously though what BJ did prove though is how amazing Jiu-jitsu is that someone can, with intelligence and dedication pick up the art relatively late in life (BJ was 17 when he started and lived/s in Hilo-out of the way) and be really competitive in the sport no matter what their circumstances.

The point of this loooong ramble however is this-it doesnt matter what belt you are or how fast you progress as long as you enjoy the ride, and I can safely say I have.
Posted by Micah at 02:37 2 comments: 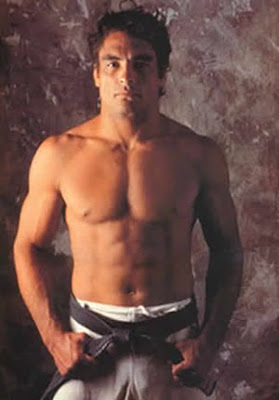 "The mind of the warrior,in the end, becomes nothing more than seeing things as they truly are.
And then, realizing the beauty, in that simplicity."
Posted by Micah at 10:49 2 comments: